We would like to offer our sincere support to anyone coping with grief. Enter your email below for our complimentary daily grief messages. Messages run for up to one year and you can stop at any time. Your email will not be used for any other purpose.

Share a memory
Obituary & Services
Tribute Wall
Read more about the life story of Joseph A. "Chippy" and share your memory.

Chippy was the valedictorian of the 1951 class of Camden Catholic High School. He later went on to obtain an accounting degree from LaSalle University in 1951 and then an MBA from Drexel University.  Chippy’s career in accounting began at RCA, but he retired after 30 years as a manager in engineering for the Delaware River Port Authority.  He was a life-long devout Catholic, a member of the Knights of Columbus and a proud founding parishioner of Mary, Mother of The Church, in Bellmawr, NJ.

Relatives and friends of the family will meet for his viewing and funeral on Saturday morning from 9:00am to 10:15am at St. Joachim Parish, Annunciation BVM R.C. Church, 601 W. Browning Road, Bellmawr, NJ 08031.  Funeral Mass will be celebrated 10:30am Saturday in Church. Interment New St. Mary’s Cemetery, Bellmawr, NJ. In lieu of flowers, donations may be made to Daughters of Our Lady of the Sacred Heart, 424 E. Browning Road, Bellmawr, NJ 08031.  Arr. by BOCCO of Cherry Hill, NJ. 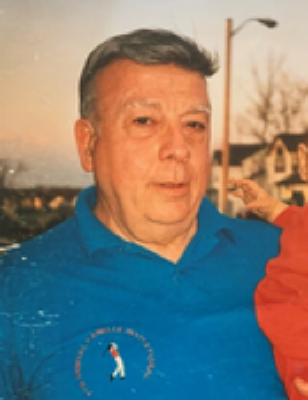 Look inside to read what others have shared


Family and friends are coming together online to create a special keepsake. Every memory left on the online obituary will be automatically included in the book.

Daughters of Our Lady of the Sacred Heart
424 E. Browning Road, Bellmawr NJ 08031